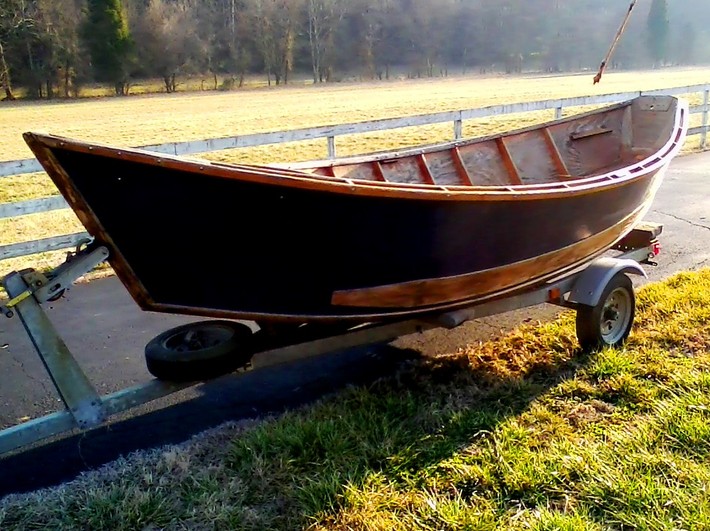 Hey, a friend just pulled a permit for the Middle Fork in late September with a 9/29 launch date, so several of us are planning a trip.Most of us have done a good bit of whitewater boating mostly in…Continue

So what do you guys use for anchor rope?  And how long?I can't remember where I put my old one, but as I remember it was made from double-braided nylon or polyester so that it would float.  And I'd…Continue

Hey, this may not be kosher, but I'm moving my reply in the "UHMW Chine Cap?" discussion and starting a new thread.But Rick Newman found a source on the web for stainless steel bar stock and…Continue

OK, here's another end-of-project question. Where do you guys put your drain hole?When I built this boat I placed it at the lowest point in the rocker, an inch or so in from the chine, and used one…Continue

Boats I own:
16' Tatman Drift Boat plus two mahogany runabouts, a '62 Century Coronado and a '57 Century Colt

You need to be a member of Wooden Boat People to add comments!

Ahh, yes. I remember clearly now. Now that I think about it, I don't think we actually ever met but I do remember Gary Taylor talking about you. Gary and I have been friends for many years. Tony and I actually joined up with the same year. Tony bought DFO from Gary a few years later. One summer we (Gary, Tony, a guy named Jason, and I) did overnight trips on the Hiwasssee and leased the land there at Big Lost for our camp. Floated down to there from the powerhouse the first day and then down to 411 the next. Man, that was fun! I have pics of that somewhere. Gary and Tony and I still get together once a year or so.

Ronnie Hall and I got along quite well and he would call me from time to time to guide a trip for him too. As for Tic and CJ, we were buddies as well. I just caught up with Tic last fall but havent seen CJ in many years. He actually took his first trip through Devil's Shoals in the front of my boat and I gave him his first rowing lessons. You got me feeling nostalgic here!

I read your posts on the Middle Fork. To be honest, that has always been on my bucket list of things to do before I die. As soon as I get a boat I will be putting in for a float permit.

How did I end up here? I have always wanted to live out west but never really thought I would. Then last summer a job opportunity opened up for me in Boise (I'm a school principal at a private school) and I jumped on it. It's more amazing than I imagined. You should come on out some time. We have room for guests.

Yeah, I'm pretty sure I know you somehow but I dont know how. Your name was familiar to me even before I saw that you were from TN. I lived in Athens. Guided on the Hiwassee and Tellico with Dry Flyer Outfitters 94-99. Was involved in the brook trout restoration, member of TU, hung out some at The Creel.