CW, I like your boat, your beard and the fine video you shared! I am currently working on refinishing the interior of my boat that I finished in 2011. Moisture and poor outdoor storage conditions have left a mark on my boat, nothing that 50 hours of sanding and painting can't repair. Currently in the sanding portion. I conservatively estimate I sanded for 200+ hours during the construction. Going to a primer and paint on the inside so I don't have to battle things again.

PS, while I have had a beard for years, it has really grown since March when I quit shaving or trimming! I wonder how long it will be before the Covid phase stops and I can trim it again!

Re your outdoor storage... My boat is stored outside at 6700 feet here in Victor, ID and has survived well. I use a boat cover from Montana Canvas in the winter (plenty of snow) and a 16x20 tarp in the summer. That combo has worked well for me.

I allowed moisture to get under the two tarps I had covering my boat. One of my Corona Virus tasks is to clean out my garage enough to actually store my boat indoors! The wood formed mold on on it. lots of sanding to remove the mold and to remove the previous polyurethane finish I had tried. The bond between the finish and the wood broke down. Better luck on my next finish plan.

Thanks for the comments. The old boat has two floats under her belt now. Here are a few pics with my wife, my son, and the first catch. Not a bad start to what I hope will be many more.

David, this is the Boise River. 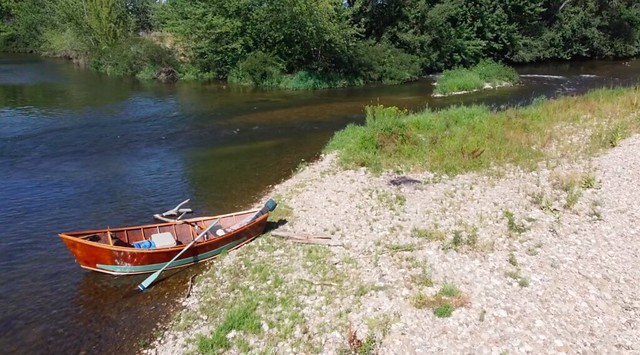 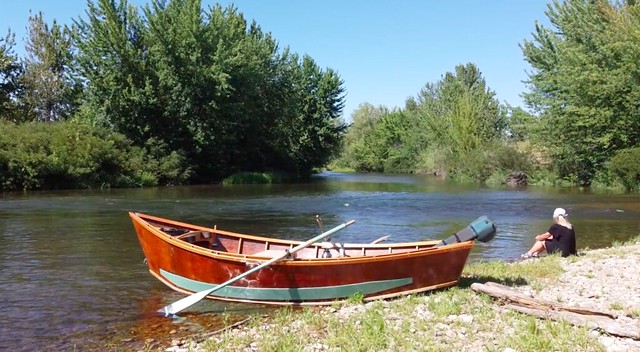 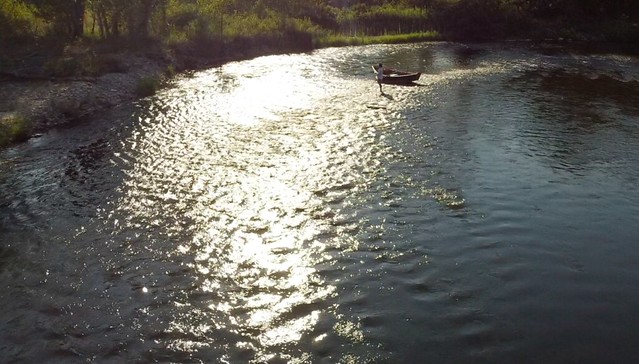 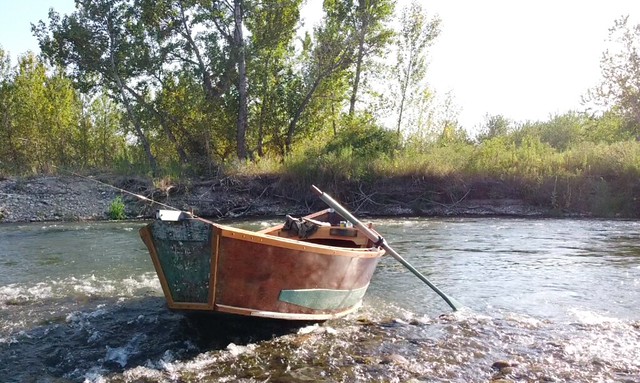 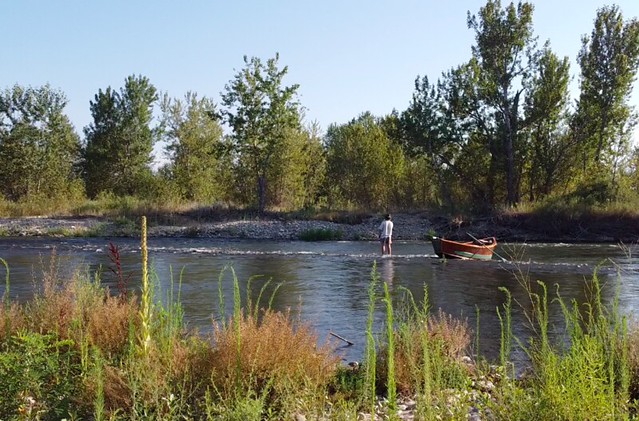 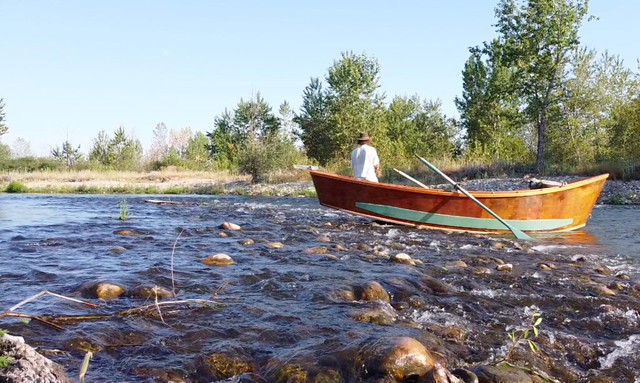 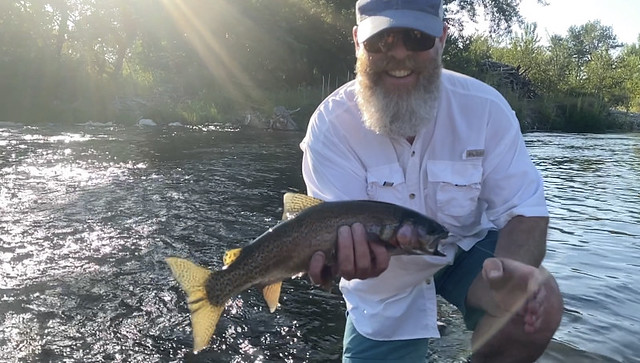