Another chapter of Martin Litton's early dory history manages to live on: 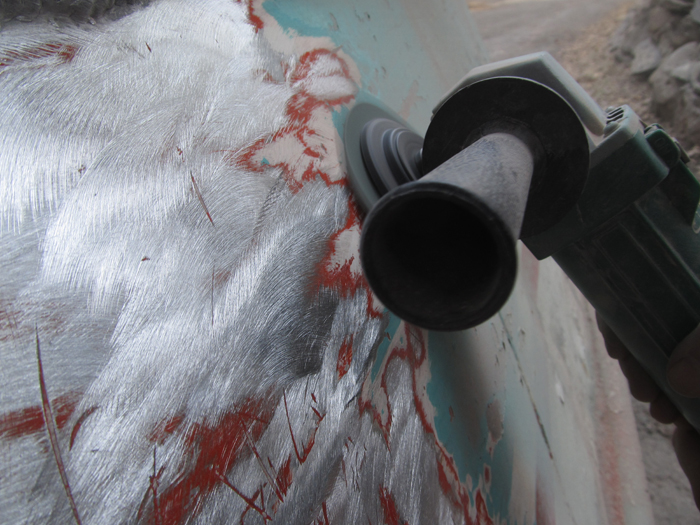 You need to be a member of Wooden Boat People to add comments!

Yeah, I guess most of the preference for the Briggs Rogue-style hull in Grand Canyon comes from those of us that row commercially with a heavy load and four passengers. For a private boat I am sure the McKenzie, loaded appropriately, is a blast. I really want to take the Betty Boop through some giant water--it is a super-sweet McKenzie-style boat and got rave reviews in her day.

Conversely, a Briggs with a light, private load is a total sports car, but not quite as sporty as a wee McKenzie. It would be fine on the Green at 800 though.

This Mckenzie V all the others is an interesting subject.  I have only built and rowed McKenzie style boats.  I started with the Designs of Sandy P. (montana-riverboats.com) from Montana known to most as the Honky Dory.  I just started as a drifting fisherman.  As the years went by I decked the boat over and started going on bigger water.  A friend built a boat just like mine.  Sandy's design has a 56 inch bottom and is even wider up front then most McKenzies.

Now, it is obvious the world's first choice for big water is the 17 foot 48 inch bottom Briggs and it's variants.  Jeremy C. is now building one after selling his Mckenzie.  I just don't like the way they move and it's most likely due to over 10 years of rowing 1 type of hull.  I can say that my small 14 foot (stem to stern) McKenzie Honky Dory has taken some big hits that 1 in a thousand 14 foot fishing boats would ever see.  There aren't any 14 foot Hyde or Clacka's going down the Grand.  It climbed right out of the bottom hole of Hance and went under water in the big hole at upset and again climbed right out.  Yes, I agree with all those who would indicate that it's stupid to do either and I was not on my line of choice.   All I can say is I'm lucky to get one shot a year if that.  I had the most fun ride of my life through the big waves on the right side at the bottom of Horn.  In the big waves of Hermit I remember being worried the boat would get stuffed  and slide back down the wave.  As the stem plowed into those giant waves, the moment the wave started rolling over the deck the water under the wide front floor just lifted it up.  I had an easy run through Lava with the boat.  Photos later showed the entire deck under water.  All I remember was it floated high and in seconds the run was over.  As the years have gone by I no longer think about any issues with the hull in big water.  If I get in trouble all I need to do is square up, get on the oars and hit what ever is in front.  Sandy has an amazing design that fishes and can run big water.  The boat is now owned by the grandson of Bus Hatch and has been down the Grand 2 more times.  If it's good enough for a Hatch if must be okay.

While I think it's the best 14 foot fishing hull anyone could find, it did become apparent that the boat is not really big enough to take on Class IV high flow water.  The Class IV rocky runs of the MF of the Salmon are a different story.   It does like to swap ends and takes work at the oars to keep it on a line but, that's all I have ever known.  Laterals will push it around.  When I get behind the oars of a parallel chine flat floor boat it just doesn't seem to move when I pull the oars.  Just not what I am dialed into.  Rather then go with the crowd and row a Briggs I decided to stretch Sandy's design to 16 foot, higher sides, more stem angle to pull up the bottom and made the front end a bit less stubby.  Pulling it to 16 foot also flattened out the bottom in the center and I pulled up the floor in the back also.  By luck it came out just the way I wanted.  It's still a McKenzie but not as fast to rotate because of the extra length.  I also kept the 56 bottom.  I really don't like the 48 inch bottom with the flared sides.  I think the boat floats higher with the wider bottom.

As a recreational boater I do 1 mile for every 100 you row if that.  I only get a few big water trips a year and then it's fishing on low flow II and III stuff.  With the shear numbers of Briggs boats on the water it can be no accident that it is the dominant design.  Perhaps if that's what I started with I too would prefer that hull but, then again I can't imagine rowing one down the Green fishing and 800 CFS.

I always figured the McKenzie boats were big up front to hold the large client(s) who were up there fishing, and the the back end was nearly volume-less since all that was back there was the skinny starving guide's butt. Since McKenzies were primarily day-trip boats or lodge-trip boats, there was no gear load. Hence the major buoyancy was needed up front, ahead of the oarlocks.

The Rogues, on the other hand, were designed to carry a bit more of a load, so had a more symmetrical hull, hence increased buoyancy in the stern.

As far as handling, I believe the McKenzies, when front-loaded as they were designed to be, ran fine. But with much weight in their stern they were terribly unstable in big water. The Moqui Steps and her sister ship the Ootsa Lake were among the only Grand Canyon Dories to ever go end-for-end backward.

I'm curious about the "huge and wide ahead of the oarlocks", and how that relates to the boats handling features.  I measured a 16 x 54 standard Willie recently and the stem angle was 106 degrees.  Most of the Briggs and Rogue boats in Roger's book were 90 degrees, Montana River Boats Honky Dory is 94 (if I recall correctly).  The Willie Boats certainly do have a wide stem angle.  They are very popular in Oregon and Northern Cal.  Are there reasons for or against this sort of stem angle?

It is a pretty unique hull. Huge and wide ahead of the oarlocks, narrowing from there to the stern. The Moqui and the Ootsa are among the few Grand Canyon boats that ever went end over end backwards for that very reason. If the internet is at all reliable, which it is not, Willie Illingworth was the first guy to build an aluminum drift boat in 1971. The Moqui and the Ootsa were built just two years later, which would be pretty early in his career as a designer/builder. It would make sense that it had more similarity to the Music Temple, as both Willie and Steele were building McKenzies with flat spots rather than Rogues.

Moqui Steps is the link for everyone that missed it like I did.

Click on this line or the one above to vist that great write up.

Brad, most surprising to me is how the hull shape appears closer to the Music Temple than the Briggs dories.  Is that true or my imagination?

Brad, do you know who built it?

Comment by Brad Dimock on April 12, 2012 at 7:31am
It is about as long as a Briggs, but has a 54" floor and, as many Mckenzies do, has a vast amount of its volume forward of the oarlocks. One veteran of that ship says he preferred to carry three folks in front nd one in back.

As far as I know, there were only two of these built. The other is owned by a friend here in Flagstaff who hopes to get her back on the water soon.

There have been quite a few foam/epoxy Briggs clones built by boatbuilders like Andy Hutchinson nd Derald Stewart, but none manufactured by any big outfit.

I really liked the high tech dent removal technique. You should package and sell it on Fretwater. Or maybe just license it to Eastwood the body and fender repair tool company.

Lots of work and lots of improvement. Any concept of how the length, width and weight compare to comparable Briggs boats. How many of these boats were ever built? Did anyone build any fiberglass Briggs style boats? If so do any of them still exist? If so perhaps you could start a fiberglass boat people page as well if they need repair.