I am excited to offer the McKenzie boat class again at WoodenBoat School in Maine this July. It's perfect for someone who really wants to build one but doesn't know how or where to start, or is intimidated by the array of skill sets necessary to do the job.

We will build the Hindman 16' Double-ender with transom.

We will start by lofting the boat from a table of offsets, correcting, customizing or idealizing as we go. We'll build all the frames, transom and a rolling-bevel…

Most of you folks here aren't in the market for class, but for those of you that are, I just posted my winter offerings. If you want to build a boat, shape an oar, cast custom bronze boat hardware--but don't have the nerve to start out on your own, this might be just the ticket.…

Six Briggs dories down the Rogue

We should probably be arrested for doing this but we did it: 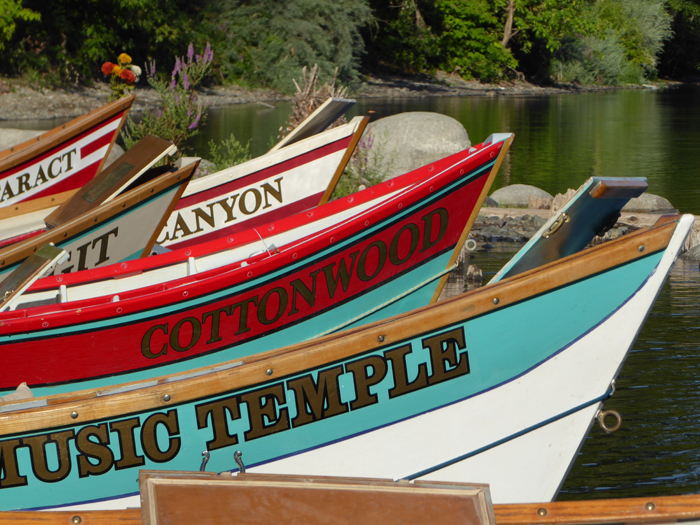 Flash build in Kiwiland a success

Andy Hutchinson and I just got back for a 3-week manic build of two dories in New Zealand. Here is the essence in a blog post: 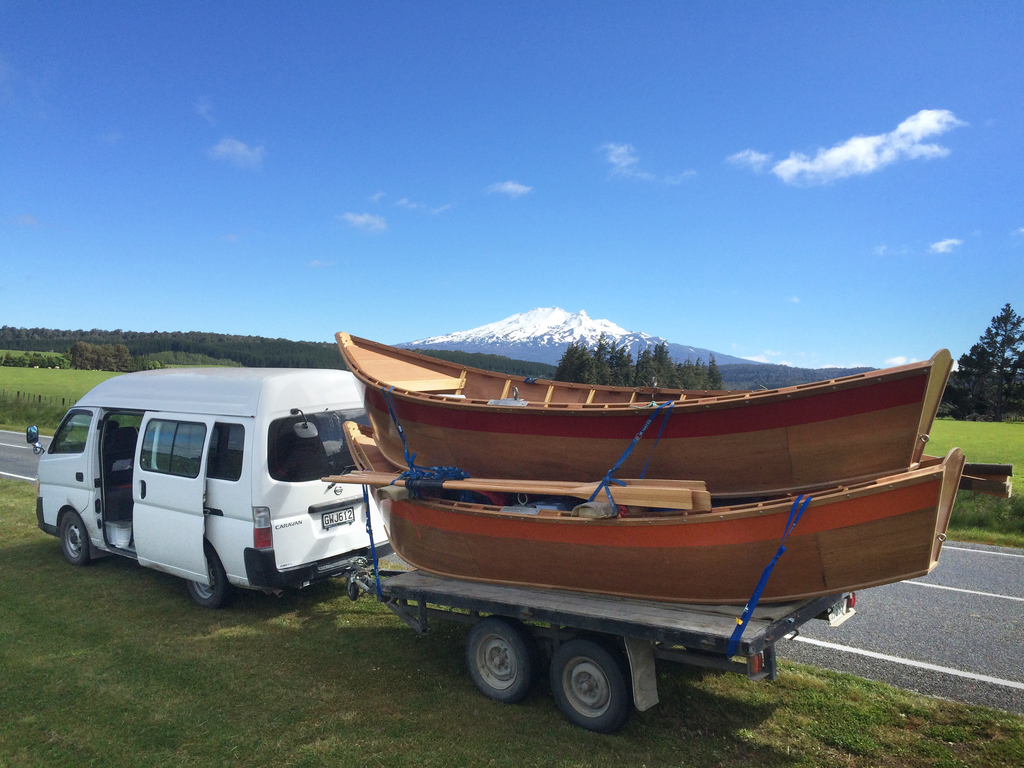 Andy Hutchinson and I are in Taihape, New Zealand, building a couple open Briggs dories for Whanganui River Dories. Here is Kate Thompson's video of us doing a 90-second freeform build.

We have one boat getting its gunwales on tomorrow, and the second about a day behind, about to get its outer chines. Port Orford Cedrar frames, Meranti paneling, steam-bent White Oak chines and gunwales. And all the gunwale blocks are Tasmanian Blackwood. They'll have… Continue

Moe: another boat is born

I finished off the Nevills replica today. Big fun. Details on the blog.

River season draws to a close--finally

I am trying to catch up with my boating blog after a ridiculous river season. I just put up some shots of our new aluminum/wood hybrid boat (what?!?!), the Betty Boop's return to Grand Canyon, and a few other shots from along the way.

In spite of a fair amount of lame oarsmanship by her captain, the Julius once again survived Grand Canyon upright. Roger Fletcher, Andy Hutchinson, Dan Dierker and other friends conspired to build her ten years ago, and this is her fourth trip through Grand Canyon. To date she has not been knocked over or ge-busted. Pretty cool little boat in spite of the damned eight-foot oars and short rowing compartment. Of particular horror is my truly lame run in Bedrock--I thought for sure we were…

Another chapter of Martin Litton's early dory history manages to live on:

Here is a video of us knocking together a McKenzie last Friday night. I wish the GoPro had not run out. This is a time-lapse of the first 80 minutes:

After a quarter century in the desert sun, rain and snow, the Betty Boop is back on the river. And after eight or so years including a few harsh winters, Julius is afloat again as well with a new floor and reconditioned decks. What fun--here is a post about their re-launch: 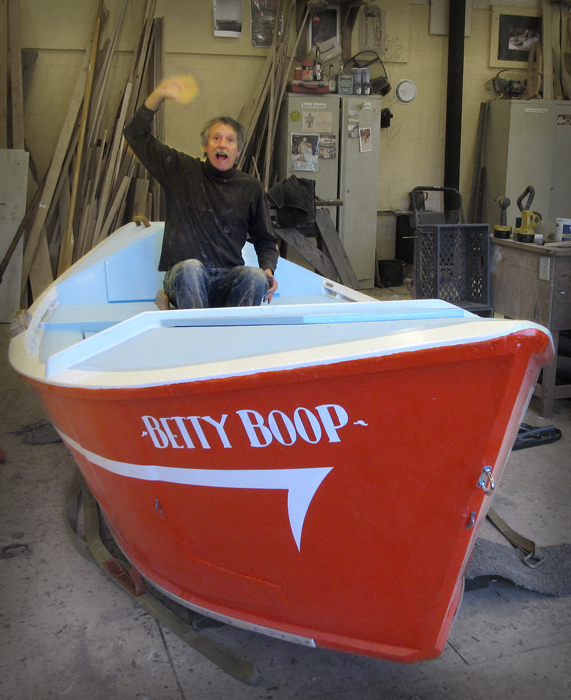 Betty Boop and I rang in the new year with an evening visit from Audria and Laura, wherein we toasted, got roasted, and launched a flaming chinese hot air balloon that immediately got caught in a tree. We freed it in time for it still to fly high, with much shouting, screaming, a ladder, and a long…
Continue

Back to the Boop

For those who want to watch me battling the rotted remains of the Betty Boop, the blog is going again. Big fun in the boatshop. Well, I finished off the San Juan punt yesterday and sent it off to Utah with its new owner. As my friend Lora says, for such an ugly boat its really nice looking. I ripped open the Betty Boop / Great Thumb today to se just how bad our little rot problem is. I don't feel so good.

A summer's worth of boats and other boaty things

I just updated my blog to include many boating adventures from the last four months. Some of you may enjoy the pictures:

The last big one of the trip, Lava Falls. 16,000 cfs, running the left side run. The private group just behind us flipped five out of eight attempting the same run. Don't be too far right!

There are a few more videos on my blog:

This one was early on a cool morning last week. Nice morning…

Here is the bad girl going into Hermit. Pulled an oarlock about halfway through, but it didn't seem to matter much. Big wet ride--the water was pouring out over the gunwales at the…