Hello everyone - Hope you all had a nice holiday weekend.
I am happy to report I found some time in between family functions to get some work done on the boat.
Most of my work has been on the interior appointments thus far - as well as the frames.

Managed to get 7 of 9 frames rough sanded in the past week, basically getting them cleaned up after I glued them and sanding the excess glue out of the angles on the interior side of the frames... they look decent even though I… Continue

This is the object of my obsession... Earlier this year I was asked to illustrate the latest poster for the upcoming wooden boat show. Randy let me do what ever I wanted for the design, I chose to paint a wooden boat (duh) from the inside or looking down into the boat. that is what I find myself looking at when I am just standing looking at my boat, I love how these boats are put together, and that inspired me to do this poster, I used a photo of my boat and one Randy sent me for the reference to paint from. Hope you wooden boat… Continue

Recovery photos of the wrapped boat in Whitehorse.

Only two days after I posted the YouTube video of the Whitehorse Rapid boat wrap Sanderson was contacted by Robb Sipler. Robb was cruizin' the net and found WoodenBoatPeople then realized he was part of one of our blog posts.

Robb helped in the salvage of that boat and I hope will post a bit more of the complete story in the near future. He joined as a member on this site and then forwarded me these photos of the salvage. Right now he's still booked up with fall guiding trips but… Continue

here is the quick bottom replacement. the owner of this boat was fishing a few days before i got it. the reason he brought it to me is that it was leaking slightly. at first look there was no damage. when i started poking around my hand went through the bottom. the only thing holding the bottom together was the UHMW shoe. anyway if your boat is leaking you have a bigger problem than you think, but it's not the end of the boat. i would recommend that if you have a leak you take care of it before… Continue

I had to post this YouTube video of exactly what not to do in Whitehorse Rapids on the Deschutes River in Oregon.


I've been told this boat had to be cut off the rock. I'll try to find out more about the actual story and post more… Continue

Here are a few pics from the work shop...
Been contending with a vehicle issue - blew up the transmission on my van... ouch
But on the brighter side I did get a new Forester with a tow package for the boat!

But in the meantime I have been getting some work done on the boat.
Here are a few pics.

Have the passenger seat under control - glued up the backs today.
Have all the frames glued and will be sanding those out next.…

This is a prototype of a my new front seat for our drift boats, but it makes a good office chair too! 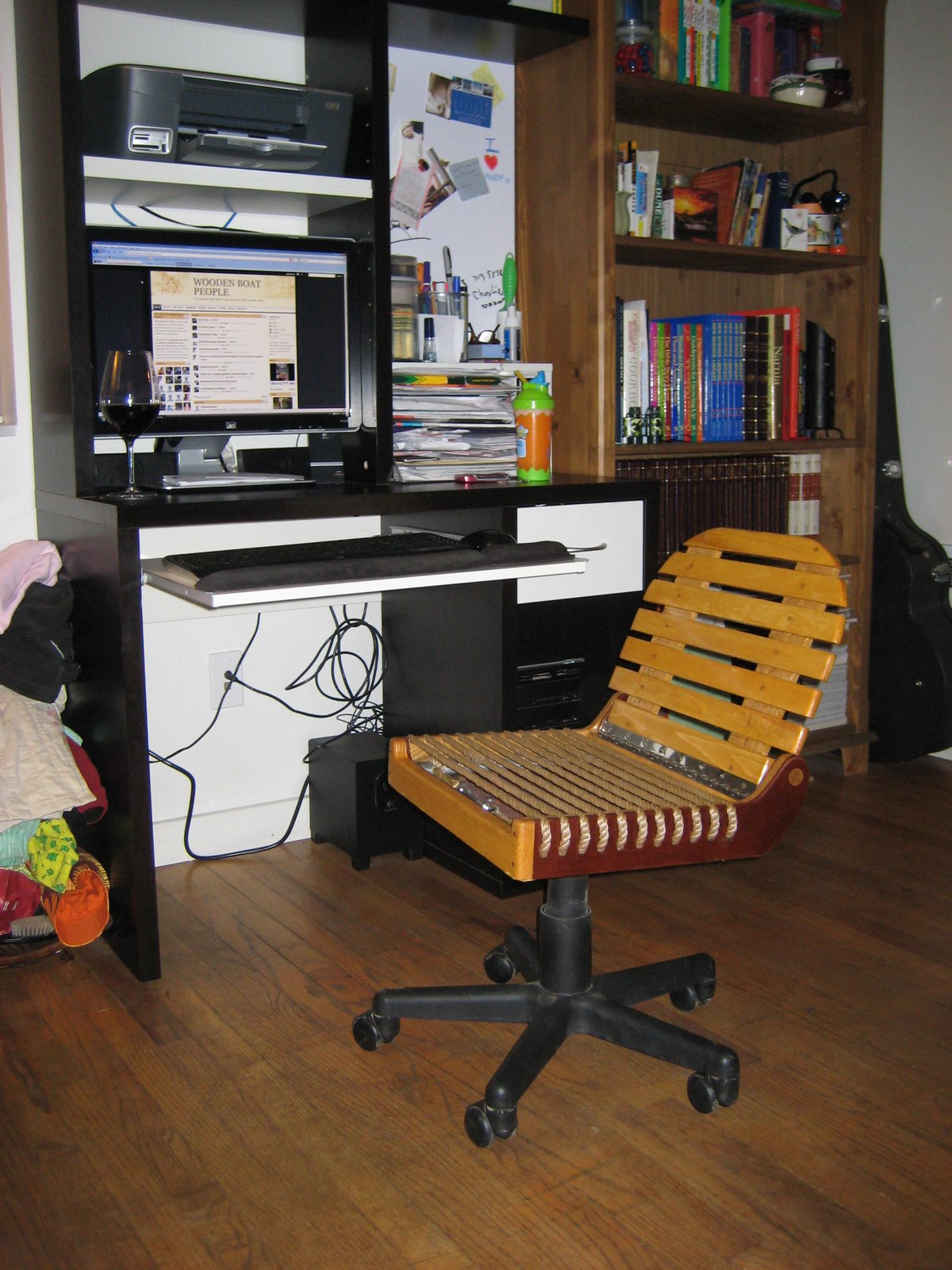 I just sent a message to montanaboatbuilders forum that I was planning on a McKenzie River float for this coming McKenzie River boat show in April. I would like some advice about floating the upper river. I have launched from Paradise in the past. Would like to do above. We will have 2 days at that time to do the float.

Holiday Event at the Oregon State Capital to Feature the book

I and my book, Drift Boats and River Dories, will be one of the features at the Holiday Open House at the Oregon State Capital the evening of December 3, Wednesday. The event begins at 4:00 p.m. and concludes at 7:00. Other authors will include the likes of former Governor Betty Roberts (With Grit and by Grace), Steve Arndt (Roads Less Traveled), Gerry Frank (Where to Buy It, Find It, Eat It in New York) and Jerry McGee (A Long Way to Oregon). It… Continue

If you are a Flickr user it is now easier than ever to share photographs with everyone else here at wooden boat people. Simply click on the PHOTOS button on the navigation panel. In the new page that load you click on the ADD PHOTOS link on the top right. It's kind of small and text only so don't miss it. Once the new Add Photos page loads notice the new Flickr logo near the center right of the page. There it is! Click on that and follow the directions to allow your WOODENBOATPEOPLE account to… Continue